First Assistant Prosecuting Attorney Kristen Tuohy was appointed by Missouri Governor Eric Greitens to the Child Abuse and Neglect Review Board on October 27, 2017.

Tuohy was appointed as part of an effort by the Governor and First Lady Sheena Greitens to increase the representation of women on the state’s boards and commissions. This commitment was made by the administration to honor the 25th anniversary of the Women’s Foundation

Tuohy’s appointment was based on her excellent record of service to the State of Missouri, as well as her work for Christian County in prosecuting crimes against children and sexual assaults.

The Governor’s press release can be found here. 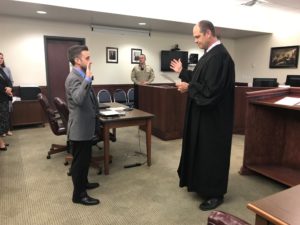 Springer, a native of Aurora, Missouri and now of Springfield, is a 2015 graduate of the University of Kansas School of Law. He also holds degrees in Nursing from Southwest Baptist University(2009) and Criminology from Missouri State University(2012). 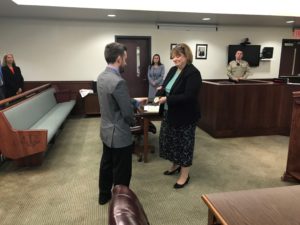