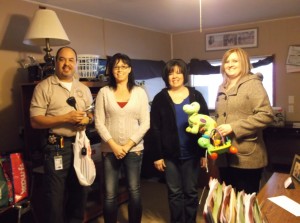 If you would like to donate items to Freedom’s Rest, please contact them at (417) 582-0344 or drop your items off at the resale shop Neat Repeats. Proceeds from sales benefits the domestic violence shelter.

The State dismissed misdemeanor counts of driving while suspended, possession of marijuana, and possession of drug paraphernalia as part of the plea agreement.
At the time of plea the State alleged the following facts could be proved beyond a reasonable doubt at trial:
On July 20, 2013, Officer Dye with the Nixa Police Department was traveling southbound on US 160 in a marked patrol vehicle and observed a maroon Dodge vehicle traveling in front of him make a traffic violation and then attempted to stop the vehicle. The driver, Aaron Campbell, failed to stop and fled.

Campbell drove through several streets in Nixa ignoring numerous traffic control devices, traveling on the wrong side of the roadway, and driving at excessive speeds. Campbell drove east onto Missouri Highway 14 into Ozark where Ozark Police Department assisted in the pursuit. Officers observed Campbell continue to speed and drive recklessly. At one point, Campbell came to a dead end and turned around and drove through a yard and fence, causing over $750 in property damage. Campbell also struck an Ozark Police Department patrol vehicle that was occupied by Cpl. Shonda Jackson.

The pursuit continued into Greene County where Greene County Sheriff deputies and Springfield Police officers assisted. Campbell was taken into custody after spike strips were deployed and deflated his tires.
Located inside the vehicle were several clear plastic baggies containing a powdery residue, which was tested by the Missouri State Highway Crime Lab as methamphetamine, a schedule II controlled substance.
Later, officers also found out that the Dodge vehicle being driven by Campbell was taken without the owner’s permission. Officers also learned that Campbell had an active warrant for his arrest.

Charges, including the class B felony of assault of a law enforcement officer in the second degree and misdemeanor property damage, are pending in Greene County. These pending charges are merely allegations and Campbell is presumed innocent until and unless proven guilty in court.

OZARK, MO – The Christian County Prosecuting Attorney’s Office announces that on January 3, 2014, John C. Clark, D.O.B. 2-6-1979, was sentenced to a total of 14 years in the Missouri Department of Corrections by the Honorable Judge Mark Orr for one count of the class C Felony of involuntary manslaughter and four counts of the class C felony of assault in the second degree for the November 13, 2012 intoxication related crash on Missouri 14 that killed one and injured four others. Per the terms of the plea agreement, the defendant’s 7 year sentences on Counts III, IV, and V will run consecutive to the defendant’s 7 year sentences on Counts I and II. The range in punishment for a class C felony is one day up to 7 years incarceration and/or a fine not to exceed $5,000.