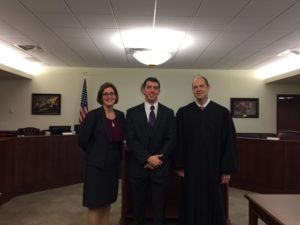 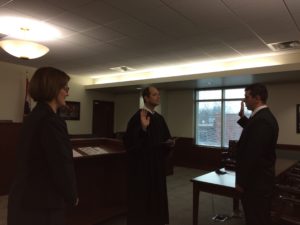 Previously on August 25, 2016, Peirano was found guilty by a Christian County jury of committing one count of statutory sodomy in the first degree of a child less than twelve and five counts of child molestation in the first degree.    Further, Peirano was also found to be a predatory sexual offender. The child victim in this case was a relative of Periano’s.  The predatory sexual offender finding was based on testimony from another relative of Periano’s regarding years of sexual victimization by Periano.

The only available sentence for a predatory sexual offender is life.  In this case, in addition to sentencing the defendant the court is responsible to set the number of years the defendant must serve before becoming eligible to be considered for parole.  Judge Eighmy set the term of years at 30 years for Count I and at 15 years for each of the remaining counts.

The investigation of this case was handled by Sgt. Shayne Duryea of the Christian County Sheriff’s Office. The case was prosecuted by Prosecuting Attorney Amy Fite with First Assistant Kristen Tuohy assisting during the jury trial.