OZARK, MO – Assistant Prosecuting Attorney, Kristen Tuohy was recently honored as one of three recipients of the Lon O. Hocker Award by the Missouri Bar Association, held on September 10, 2014 in Kansas City, Missouri.

The Lon O. Hocker Award was established by Mary B. Hocker in 1954 in memory of her late husband, an outstanding St. Louis trial lawyer. The Missouri Bar Association makes the awards annually to young lawyers who have demonstrated unusual proficiency in the art of trial advocacy.

Kristen Tuohy is currently serving as First Assistant Prosecuting Attorney with the Christian County Prosecuting Attorney’s Office. She received her Bachelor of Arts degree in political science from the University of Missouri in 1999 and her Juris Doctorate from the University of Missouri School of Law in 2003. Upon graduating from law school, she worked as an assistant public defender in the Carthage Trial Office for three years. From there, she went on to serve as an assistant prosecutor for the Newton County Prosecuting Attorney’s Office, where she handled the associate circuit court docket. In 2007, she moved to Springfield, where she served as an assistant attorney general in the financial services division.

Prior to joining the Christian County Prosecuting Attorney’s Office in 2012, Tuohy served as an assistant prosecutor with the Greene County Prosecuting Attorney’s Office for more than four years. She began in the General Crimes Unit before being promoted to senior assistant prosecuting attorney in the Major Crimes Unit, where she primarily handled serious drug offenses. She was a POST-certified Instructor at the Springfield Police Academy, instructing on the topic of search and seizure without a warrant.

Tuohy has significant trial experience defending and prosecuting a wide variety of criminal charges. In addition to her official duties, she serves on the CASP (Community Alternative Sentencing Program) board and instructs local law enforcement agencies in a variety of topics. When she is not working, Tuohy is very involved in the sport of reining horses and competes at the local and national level. 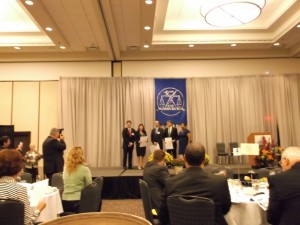 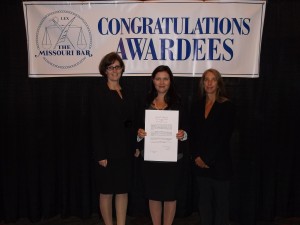 Ozark, MO – The Missouri Association of Prosecuting Attorneys (MAPA) awarded Prosecutor Amy Fite the 2014 Family Violence Hero of the Year award. She accepted this award on August 27, 2014 at Tan-Tar-A Lodge during the MAPA fall conference.   This award is given to recognize a prosecutor, law enforcement officer, victims’ services representative, or other allied professional who has displayed extraordinary dedication to victim well-being and safety and perpetrator accountability as demonstrated by one or more of the following:

•  Work on a specific case:  A high profile or complicated case requiring the nominee to go above and beyond the normal bounds of his or her responsibilities.

•  Training:  A demonstrated dedication to the training of prosecutors, law enforcement officers, or the public on issues related to child abuse, domestic violence or sexual violence.

•  Legal or legislative developments:  Work on a new or significant issues related to child abuse, domestic violence or sexual violence.

•  Career achievement:  A general demonstration of interest in, work on and dedication to child abuse, domestic violence and sexual violence issues. 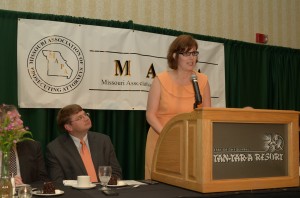 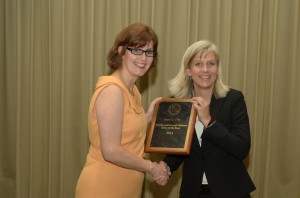 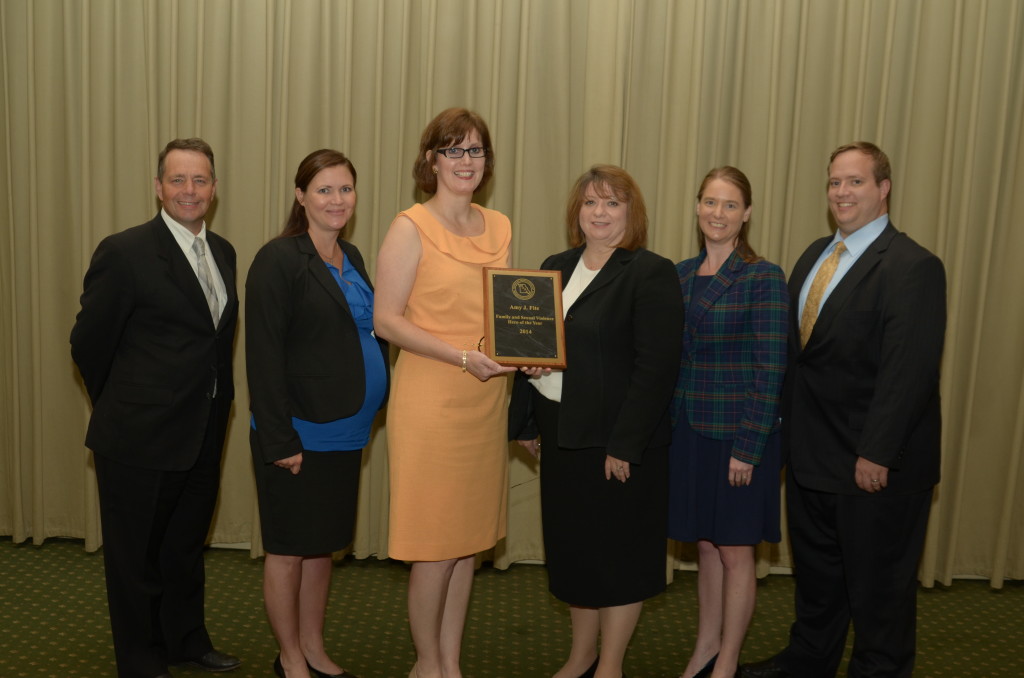